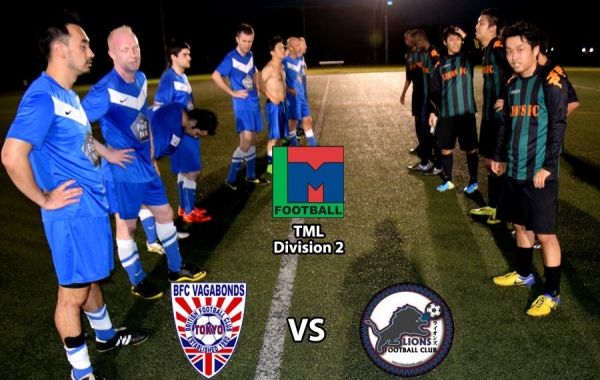 Looking to continue their fine run of form after last week’s victory, the Vags found themselves a goal down within the opening minutes of the match. Some nerves and miscommunication between the Vags players allowed for a deflected ball to bounce out to a Lions striker just outside the box. He made no mistake and hit a first time volley with the outside of his foot which curled into the top corner.... 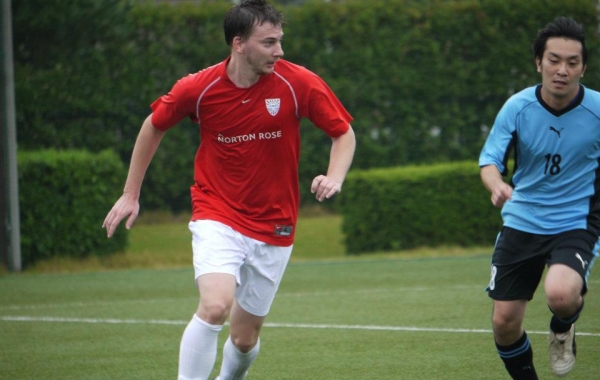 Saturday’s game was billed to be the swansong for one of the Vag’s longest serving players – James Musgrove a.k.a. Muzzy who was leaving Japan for the UK the next day. Perhaps it is a taste of things to come but any chances of turning out for the Vags were scuppered when the job of cleaning the apartment before moving out trumped any thoughts of goal-scoring glory. 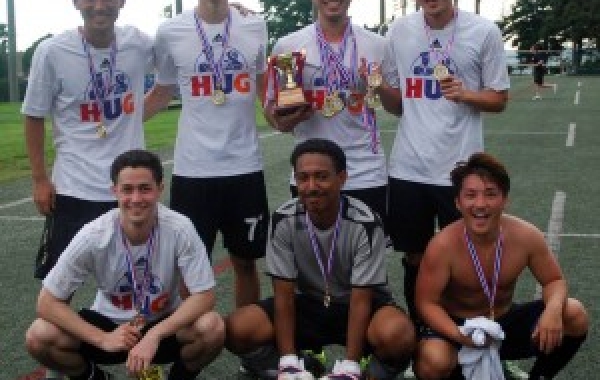 It’s as you were for the Summer 7s. Both Swiss Kickers and British Embassy regained their Cup and Plate trophies for another season.

The worry with every Summer 7s is the weather. We have been lucky over the last few years as the clouds have come to our rescue but on Sunday the clouds were few and far between for the first half of the day. All 150 plus players arrived on time and slapped on the Suntan lotion and attempted to find shade where they could. 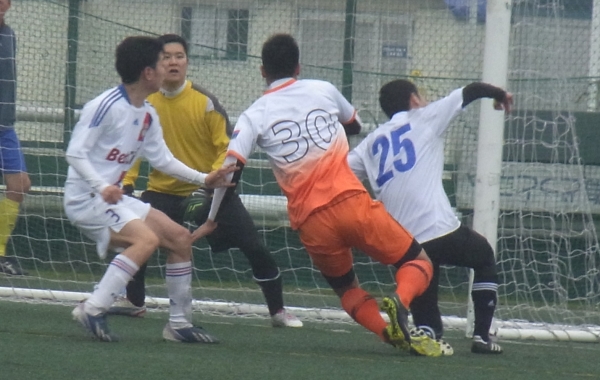 Buoyed by the return of Ninomiya and the addition of more of the Bates bloodline in form of... 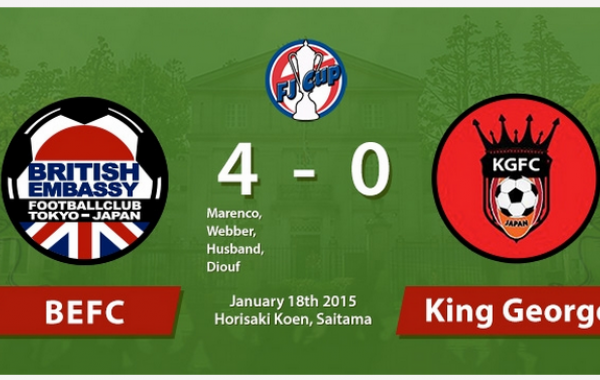 King George and British Embassy played each other for a 3rd time this season last week. Once again BEFC have supplied a great match report. 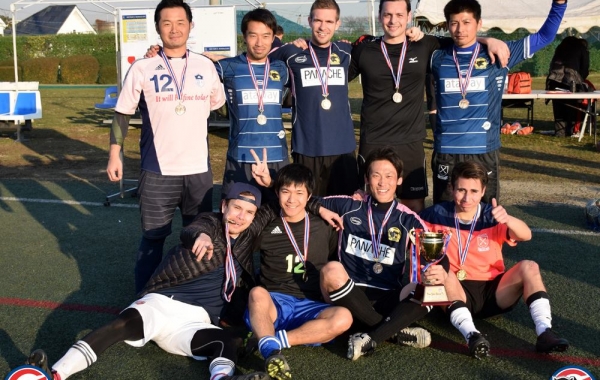 Firstly a very Happy New Year to you all. Here is another tournament report where I attempt to sum up 28 seperate matches without repeating the same old Footballing cliches. So I will try and write this report in two halves by typing from left to right and making sure I keep it tight and keep all the letters boxed in.

The last 4 tournaments I have arranged the rain god has done it’s best to give me man... 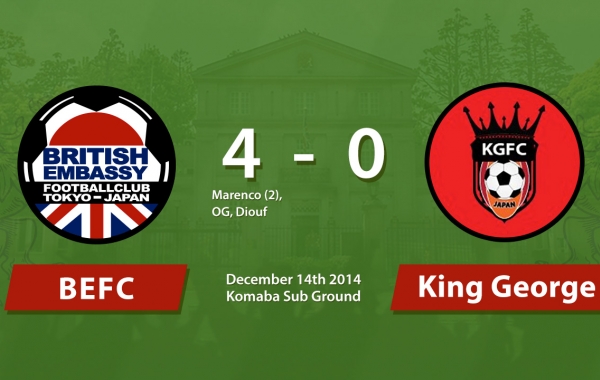 British Embassy FC 4 King George 0 Komaba Sub Ground, Saturday 13th December 2014 Well done to the British Embassy for supplying me with the first match report of the season along with video highlights. 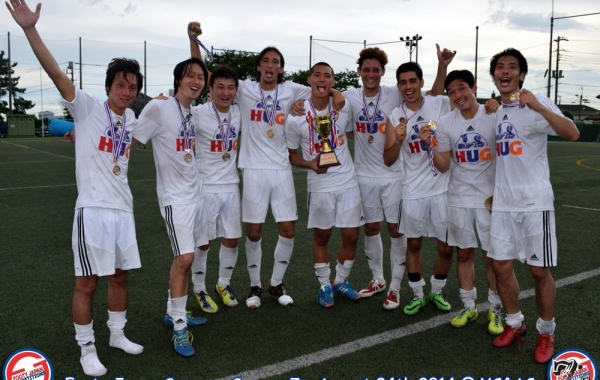 After a short break throughout the Summer, FJ Competitions returned with a fantastic day of 7s action. Sitting in my office and going through the results the tournament looks like it mirrored the FIFA World Cup. Not in terms of dodgy referees, disappearing spray and close ups of the finest looking women the world has to offer, But results wise. Group matches with plenty of goals, knockout rounds...