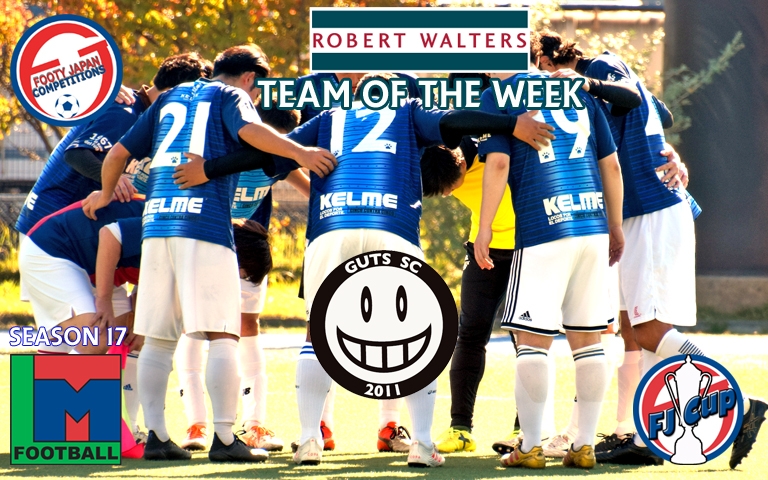 Kanto Celts just came off a tough loss to Panthers the week before (2-1) and Guts were coming off a win against YeBoiz FC (also known as Instagram Boys FC).

An incredible performance from Division 2 Guts, moving the ball very well between their midfielders and forwards. They exploited a lot of gaps in the division 1 Kanto Celts defense and made up for their lack of height or size with ball work.
In the second half, Guts' played a through ball down the right wing who whipped in a low cross across the goal for their striker to finish. Although it was saved by the keeper once, the rebound was picked up by Takano Tano (Guts) and finished off. A reflection of the game, everything was going right for Guts.

Rory O'Driscoll (Celts) scored a goal in the closing minutes of the game but that was it. The final score was 2-1 to Guts. A suprise upset but a well deserved win by Guts.

Congratulations to Guts SC for winning the Robert Walters Team of the Week!