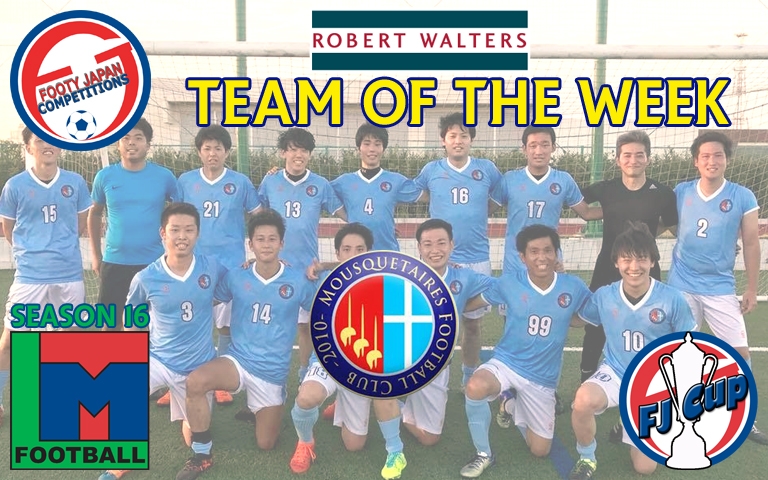 Division 1 is looking as open as it ever has since I took over the league in 2011. The top 6 are separated by 3 points as are the bottom 4 teams.

In what was always going to be a close encounter and judging by the scoreline it was that. Musketeers scored 2 through their new French signing Michael Arnold and also Yukihiro Sera. Panthers managed a goal through Macktarr Tall but could not score another past the stand in Musketeers keeper.

A huge 2-1 victory for Musketeers which meant they leap frogged Panthers in the league.

Well done to Musketeers FC on winning their first league match of the season and also collecting this weeks Robert Walters TOTW award.