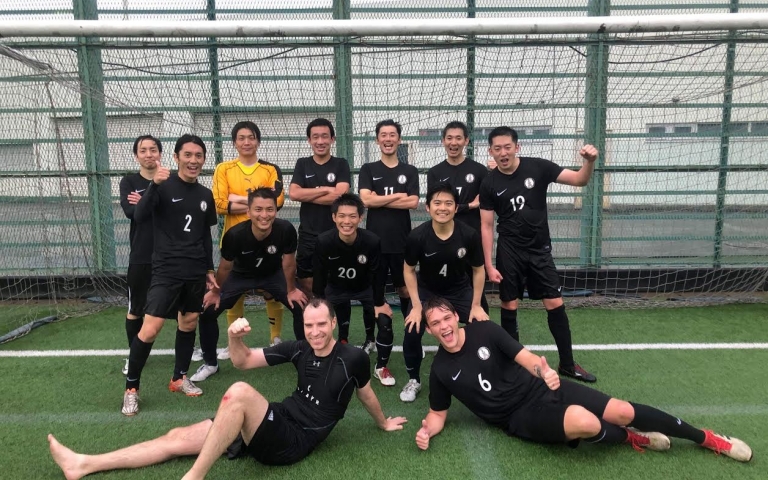 This Saturday was newly appointed TML Managers first rainy weekend. While most of the pitches were deemend unplayable, the game at Komaba (with its excellent drainage) went on.

Eastern Capital FC played BFC Vagabonds in the pouring rain. Both teams needed a win to be able to get promoted.
BFC Vagabonds Masaki Sakai took an early lead by scoring a rebound from a free kick. This was equalized by none other than ECFC leading goal scorer, James Worsnop ending the first half as a tie.

Fully motivated to get promoted, James scores his second early in the second half to give his team the lead. Norwegian wonder boy, Michael Austard, put the nail in the coffin by scoring ECFC's third goal.

TML's first player from Burkina Faso, Alexi Simpore, scores a goal for BFC in the closing minutes but it wasn't enough to catch up to Eastern Capital.

With this win, Easter Capital have solidified their position in second place and Nepal United have gone through as the Champions of Division 3.

Congratulations on Eastern Capital winning their game under the rainy conditions and getting promoted to division 2!